The Blair Davidson Challenge trophy was introduced in 2014 to add some spice to the Men’s Premier League competition. The concept came together during a meeting of Otago Club representatives who were appointed to review our Federation Rules & Regulations for the 2014 season.

The Otago representatives were:

Football has traditionally been a user pays sport and the Federation in the Southern Region is a non-profit body that traditionally runs on the smell of an oily rag. Therefore our sponsors understand the huge pressure they are under in terms of developing and promoting our sport.

Brandwell Moller who have been a long term sponsor of football in Otago and have kindly donated the Shield to Football South to promote this new initiative.

The Shield has been named after our Patron Blair Davidson in recognition of his continuing involvement in football that has spanned 70 years in Otago.

The inaugural holder of the shield is Dunedin Technical AFC who were the winners of the Premier League for 2013. They will be formally presented with the Shield just before kick off at 2.45pm in their first home game for the 2014 season at Tahuna Park, Dunedin against Queenstown Rovers.

At the end of each season the trophy will be updated by Football South with all the winners names and will be presented to the last holder at the Football South Senior prize giving each year.

2020 Update: When Wanaka AFC defeated Caversham AFC at home, Football South were asked to clarify whether the trophy was contested within Dunedin teams only or was league-wide. Football South confirmed that the trophy is a Premier League award and therefore all teams in the league can win it. 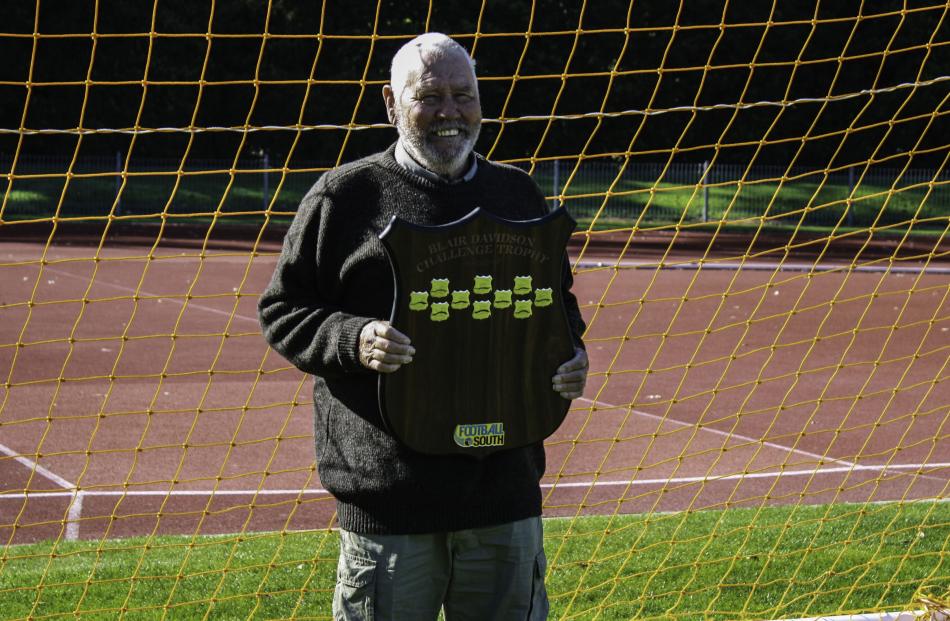