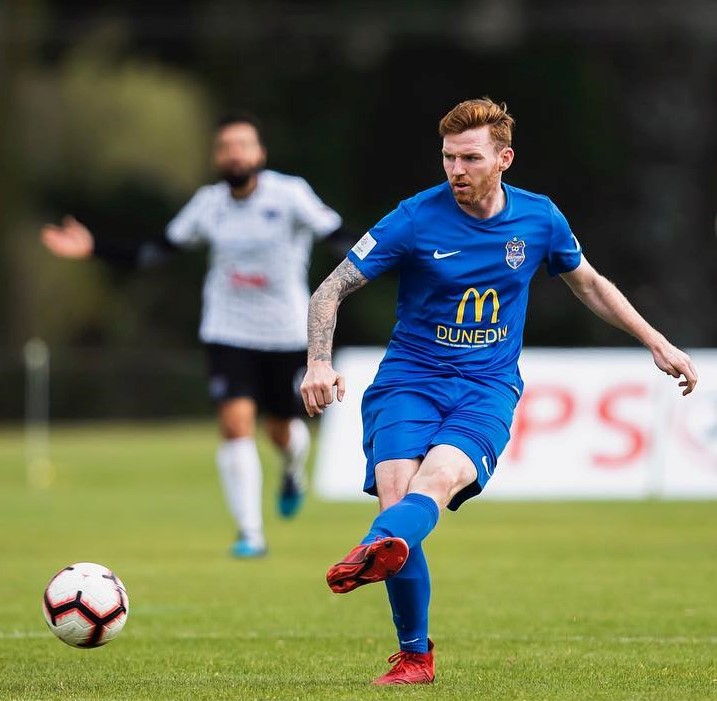 Danny is the founder and head coach of Southern United 1on1 Football Training. He began coaching players in an individual/small group environment in 2017 and has been doing so ever since. "The reason I began this programme was to give players more opportunities to get more from their football sessions. At a team session, there is too much going on for a coach to focus solely on an individual so I decided to work with players in a 1on1 environment to maximise what they are getting from their sessions"

Danny has been a UEFA B' Licence holder since 2012 and has been coaching regularly for 10 years. He also has 10+ years of playing experience at a high level. Danny played semi professionally for 6 years in Ireland before moving to New Zealand to work as a Football Development Officer and play for Southern United in the ISPS Handa Premiership (National League)

Alex has been coaching for Southern United 1on1 for three years now. Alex emphasizes the physical and cognitive improvements players gain from a 1on1 / small group environment. "It is amazing to see the progress in players after just a few sessions. The fact that they can get specific coaching and feedback each session is a key contributor to the rapid improvement of players. I believe these sessions are also fantastic for confidence. It can be a little daunting to start with but seeing players settle in and grow in confidence really adds value to the sessions"

Alex has completed his Junior Level 2 and Youth Level 2 coaching qualifications and is one of the  Southern Utd Academy coaches. Alex also has years of playing experience, captaining the Southern Utd Youth team in 2018 to their highest ever finish and pushing on to the men's squad in 2019 and 2020. Alex certainly has plenty of knowledge to pass on!