To celebrate women's Football and heighten awareness of the Womens FIFA World Cup to be hosted in 2023 join us for our Womens Social 7s Tournament at Forsyth Barr stadium on the 11th of September between 10am & 4pm. 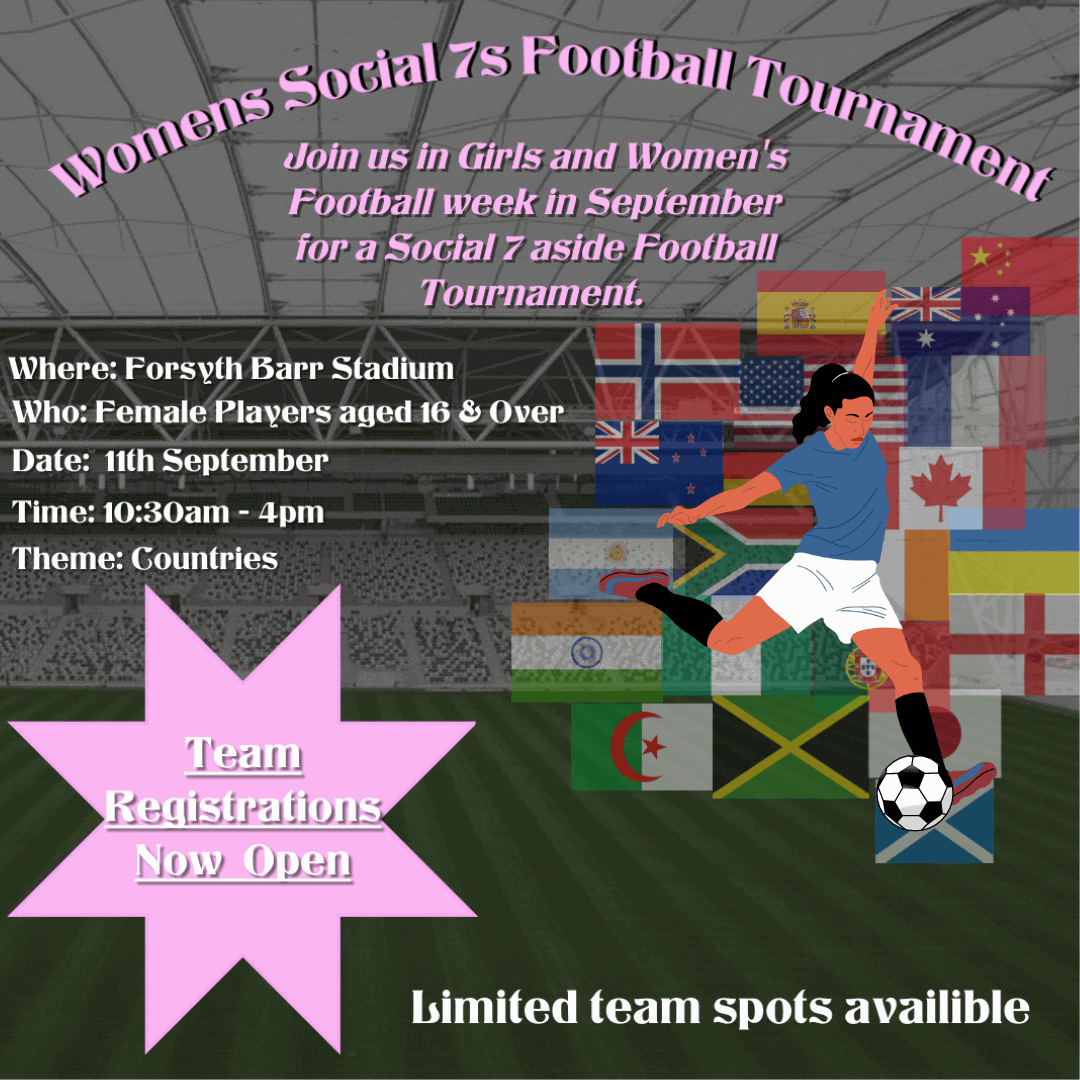 Laws of the Game:

Note: where the law is not specified, refer to FIFA’s Laws of the Game. This also includes descriptions of penalties for infringement.